"Fortnite" - the game that your children all play


"Everyone else is allowed to" is probably the most common sentence parents have to listen to if they forbid something. However, an American psychiatrist strongly advises parents not to let the book fall out of their hands. And not to allow "Fortnite". Because the hype about the game continues. 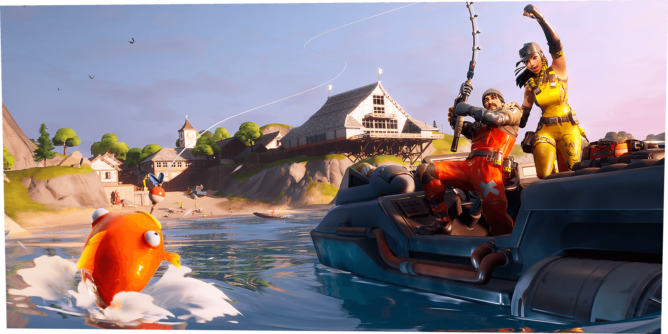 If there's a game that all 13-year-olds are talking about right now, it's "Fortnite." That's the way it is in the US, it's the same in Germany . Because the hype about the shooting game of Epic Games continues and is felt ever larger. Anyone who has not had the opportunity to look over a teenager's shoulder will receive a mini description here: Men in knight armor walk around with machine guns under their arms and shoot anyone who comes to meet them. Knight games in shooter style.

In the American "Psychology Today"said a few months ago therefore Dr. Leonard Sax to "Fortnite" and urgently advised parents not to "allow the lemmings what other parents have allowed". "Fortnite Battle Royale", where players compete against each other, is offered without age rating. Independent self-regulation founds it this way: "While for the sale to children and adolescents in stationary retail a corresponding age rating is mandatory, the protection of minors on the Internet must be ensured by other requirements." In the Nintendo Switch version, it is classified as 16 years old. But already much younger people jibe to finally have a say. For people under the age of 18, "Fortnite" can cause people to blunt about violence, according to the doctor.

However, parents find it hard to stay consistent if their child is "the only thing that 'Fortnite' is not allowed to play".

Your child, your rules


Dr. Sax quotes parents who specifically ask, "I want my son to be happy, playing 'Fortnite' makes him happy, so why should not I let him play?" To make the child happy, Sax says, is really low-threshold. No child would be born with the desire to become a great scientist, composer, teacher or entertainer. They would have to learn to recognize their potential - beyond what they see in the animated video game. He teaches the parents, "It's your job as a parent to awaken desires: a yearning for something different, better, more sustainable than video games, or Kim Kardashian and Kylie Jenner on Instagram."

If you want to get an impression of "Fortnite", you will find plenty of videos like this on Youtube.


Parents must have the courage to tell their children, "That's not good for you," says Sax. Instead, children need social interaction and physical activity, preferably outside. You need restful sleep at night. Children who are "fortnite-addicted" are generally less willing or able to do so.

Of course you just do not have to ban all video games because of "Fortnite V Bucks hack" . But clear rules help to avoid a daily dispute. Sax lists the empirical values ​​from studies: